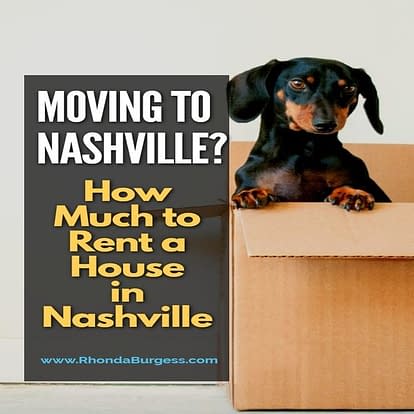 How much to rent a house in Nashville?

The median price of a house for rent in Nashville TN is currently $1890.

Today. In this video, we’re going to talk about the rent in Nashville and why so many people cannot afford it. Check it out.

Hi, my name is Rhonda Burgess and I’m a real estate broker here in Nashville, Tennessee. And I am a native Nashvillian and today I want to swing back around to rent.

I have, I did a video talking about why rent and renting and Nashville is so expensive, but there’s some new numbers I come across and I just want to share this with you all. So, so many of you will know what you’re looking at.

There was an article in the Tennessee and that says Nashville sees one of the biggest jumps in rent in 2019 renters in Nashville spent 2.8 billion. That’s with a B billion dollars on rent. That’s up 83.4% compared to 2010 and rent is up 2.3% from last year. Nationwide, that’s nationwide, 2.3% nationwide in Nashville and in the middle Tennessee area is much, much, much more than that. 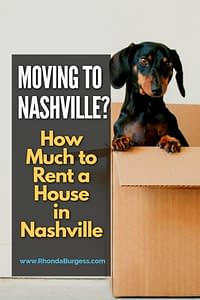 Let me say this. I have people that call me because they want to rent. And in the conversations I ask people to describe to me what it is they’re looking for. Okay. And so you’ll tell me, okay, well I’m looking for two weird room or three bedroom or whatever and you want to be close to Vanderbilt or you want to be within 10 minutes of downtown. And then you tell me this number and then I asked you, so what’s your budget? And you say, Oh, well I don’t want to go over a thousand dollars for instance, or I don’t want to go over $1200. I hear those numbers a lot.

I’m not debating the price with you. I’m just simply telling you that ain’t gonna happen that don’t exist. Then I get people to say, well, but I really need this and I really didn’t. I did it. You know what I’m saying? Everybody needs somewhere to live. Don’t get me wrong, but what I’m telling you is 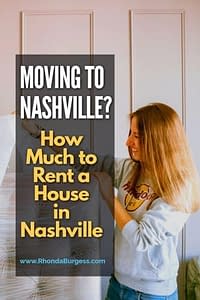 And you know what? He who has the gold, he wins. He states the price. So when I tell you, I had a lady call me the other day, she goes to explain to me what she wants. I don’t want no carpet. I want hardwood floors. I want this, I want that. And then she wanted to be close to Green Hills to the Green Hills mall. Okay. I said, wonderful. What you just described to me is $2,000 a month. Can you afford that?

As soon as like, well, but I can only afford such and such. And this, I’m not debating a price with you. Just just know this. I’m not debating the price with you. I’m just letting you know what you described to me. I’m telling you what the price is. Rent is high in Nashville. Rent is astronomical and it’s going on up. So be prepared for that. I, I wish you could find, you know what, I wish we could roll back the hands of time and all rent would be affordable, but it’s not and it’s not going to become affordable anytime soon. Second thing, the housing inventory falls. This was from, I think this was from Realtor – the national realtor association “Housing inventory falls to record low down 13.6% which is the lowest supply of homes since 2012

There’s a record low inventory. The builders are not building fast enough. Okay, so you need to understand that there’s a lot of people, a lot of people competing with you, not just the students that I mentioned earlier. There’s a lot of people in general that are competing for the same housing. So if a landlord knows that they can get 1500, 1800 to $2,000 why would they do it? Why would they rent it for 1,000? It’s not going to happen. It’s not gonna happen. These people out here to make a profit just like anybody else. I’ll give you a prime example. I took a young man out two weekends ago, two weekends ago. We have four properties to look at in Nashville. He had to keep increasing his price because there was nothing out there. We started off with $1500 zero I showed him zero houses under $1,500 a month. Okay.

He went up to $1800 okay. I think we had two – we had two cause he’s going to be a Vanderbilt student. He needs to be closer to campus too. Okay, so we go on up to $2000 he picked up one more house to look at. He went up to $2,200 we looked at four properties. Four. That was all that there was to rent. I need for y’all to understand what we’re talking about. Okay. These houses are moving. People are renting them. If you think about moving to Nashville, yo, your grandmama and them and your cousin and them, somebody and them is thinking about moving to Nashville too and they’re coming and they’re coming. Long story short, I told him, this is the one problem that that I did not have with this young man. He followed instructions very well. I said, look, so he found one that he liked.

I think it was $1750 a month. Okay. I said, if you want it, you best apply for it today. Today, this was on a Sunday. You better apply for it today. He applied for it that night. Do you know that Monday morning I had on one of the other properties, I had the agent call me and tell me, I know you showed my listing, my rental listing. I’ve got two other people who’ve made application. I just need to know does your, does your person want to get in before we run all these applications and decide on somebody? Did you see that for, he applied on one another. One was rented all in the same day. All in the same day on Monday. So if you see something, you got to move on it because you have very few to choose from in the first place. So you bet a jump on something and, and, and move like lightning move like your life depended on it because if you like it, somebody else likes it too. 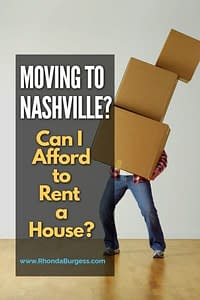 Another staggering fact that I saw just day before yesterday in the Tennessean it says that Nashville wage growth outpaces peer cities, meaning our income in Nashville has gone up more than other cities are our own size, like Charlotte, Austin, different places like that. Nashville area wages rose nearly twice as fast as the nation in 2019. But our income, even with the increase still lags behind the increase in housing costs. Okay. We making more money, we making more money because there’s better jobs here are paying better. But what we still lagging behind in housing costs, the housing costs are up here. We just now getting some income over here. We’re still not, it’s still not matching up. Renting is expensive. It’s just not matching up. So, I mean, like I said earlier, I don’t mean to sound callous or cold when you explain to me what you’re looking for.

I’m just a realist. I already know you’re going to have three or four to choose from on a good day. That’s a good day. And if you don’t make a move on it, it’s going to be gone because there’s not enough housing to go around. Point blank and simple. One other thing, the median list price in in the Nashville Metro area as of December was $368,945 and that median days on market was 49 days on market before. So, and I can tell you this, if it’s under 300,000, your days on market are way less than 30 because they’re snapped up. And finally some other points on the housing shortage and as far as buying a house, okay, you know what? Yes, I push buying a house over renting a house.

Not only because I’m a realtor, I’m telling you that you, 99% of you, your house payment would be cheaper than your rent because there’s no cap to this rent. It’s just going to keep on going. It is just going to keep on going. So if you want to get in that, in that dog fight of trying to find a property that’s not going to have everything that you want and you willing to pay these astronomical rents, that’s on you. Well, let me give you some more numbers. The shortage of housing inventory is most acute under 200,000 the inventory is down 19% for houses priced under 200,000 for houses price 200,000 to 750,000 the inventory is down 12% and over $750,000 the inventory is down nearly 6% the number of active listings in the Nashville area, that’s Nashville, Davidson County, Murfreesboro and Franklin is down 20.7% we’re down 21%

We’re down. There’s not enough to go around. There’s no way. There’s enough to go around. So you’re in a catch 22 if you’re moving here because if you’re looking to rent, the rent is astronomical and there’s very, very few. You may just have to just go do apartment for a while. They’re expensive too, but just go do an apartment because the houses, it’s ridiculous. And then there’s a shortage of inventory of houses to buy. So you’ve got would be homeowners that are fighting the renters now for a place to live. So it’s really there. There’s no, this is a no win situation here. You’re going to have to pay these prices regardless. But I would rather you at least if you’re going to pay these prices, you have some type of say in your housing and you make it a purchase instead of renting.

Again, my name is Rhonda Burgess and I’m a real estate broker here in Nashville, Tennessee and a native Nashvillian. I ask you to subscribe to the channel as I will be adding more videos all about Nashville. I’m going to be doing videos about the surrounding communities cause I’ve had a lot of requests for information about some of the surrounding communities. And I’m also going to be doing more on the mortgage series about things you can do to help you qualify for a mortgage and stuff like that. If you’re looking for a home here in the Nashville area to buy, please download the HomeScout app from your app store or your play store and use my VIP code 0832. You will get access to the Nashville MLS and all the listings are updated every 15 minutes. As always, my number is (615) 554-0832. And I do answer my phone, so please feel free to give me a call or a text if you are in need of assistance here in the Nashville area or you just have some general requests about qualifying for your mortgage. Thank you. And as always have a blessed day. 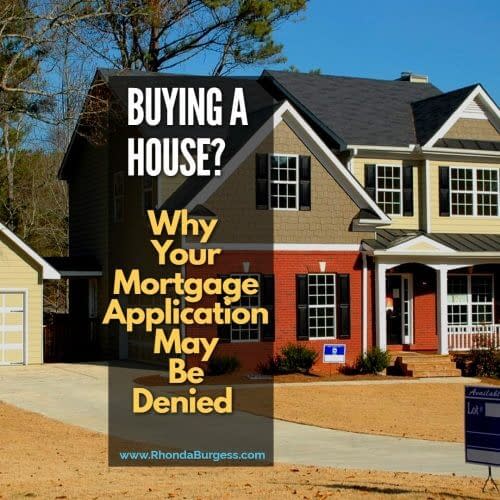 Top 4 Reasons Why You’re Getting Turned Down 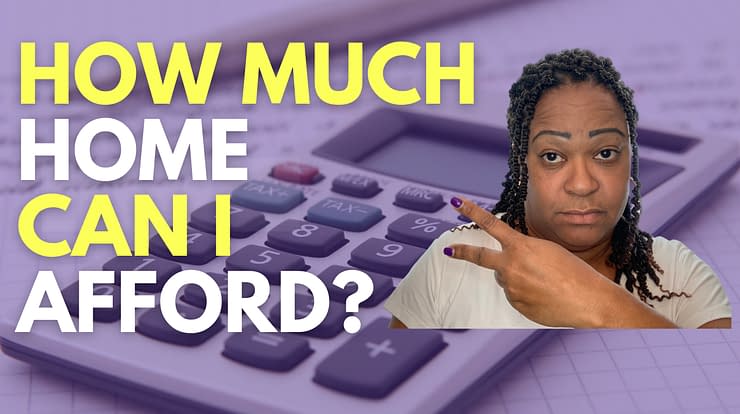 How Much Home Can I Afford | How Much Will My Mortgage Payment Be? 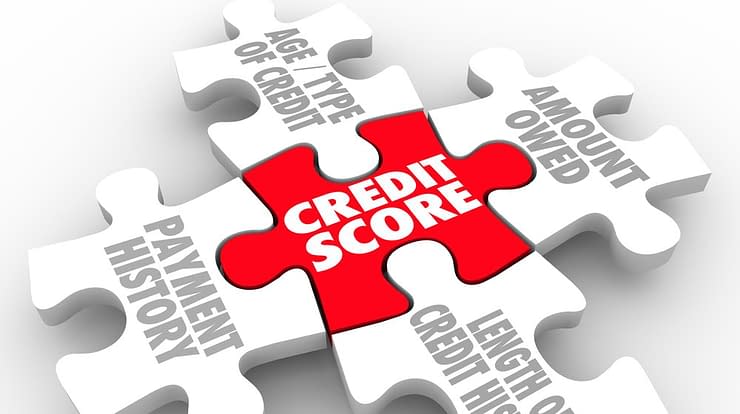 How to increase your credit score to buy a house 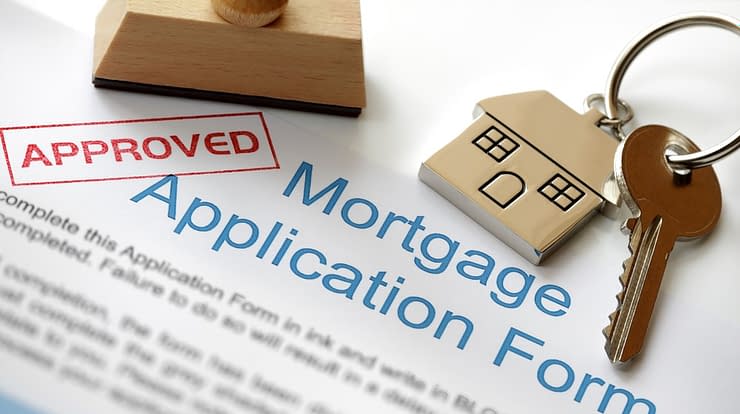 What is a good credit score to buy a house? 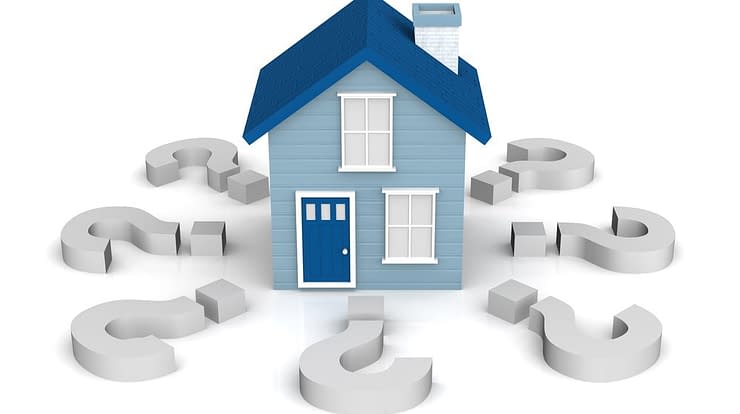 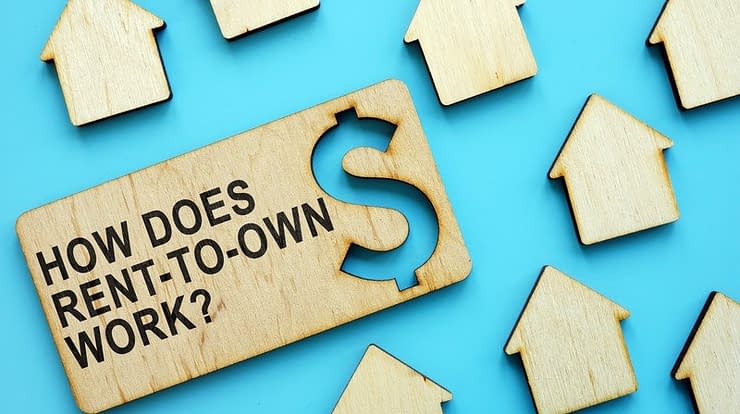 Top 4 Reasons Why You’re Getting Turned Down

Rent to Own Program – Dream America

Apply Now for Rent to Own Program

Any cookies that may not be particularly necessary for the website to function and is used specifically to collect user personal data via analytics, ads, other embedded contents are termed as non-necessary cookies. It is mandatory to procure user consent prior to running these cookies on your website.